The ATOM project of Kazakhstan have helped us and cooperated with us on many tours the last years. 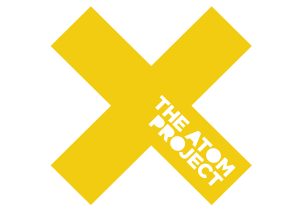 The ATOM Project (est. August 2012) is an international campaign by the Nazarbayev Center of Kazakhstan. The primary goal of the campaign is to build international support for the abolishment of nuclear testing. ATOM stands for “Abolish Testing. Our Mission.”

The goal is to achieve in force the Comprehensive Nuclear Test Ban Treaty through online petitions and other methods.
The campaign is an initiative of the Nazarbayev Center whose mission includes the “promotion of nuclear responsibility, nuclear disarmament, and nuclear nonproliferation according to the vision of President Nursultan Nazarbayev (Kazakhstan).”

Kazakhstan has historically been concerned about nuclear issues because of the Semipalatinsk Test Site, which is where the first Soviet nuclear weapon was exploded in 1949, with 456 more to follow until 1989, it was the primary Soviet nuclear test site.Many people in Kazakhstan suffer from cancers and birth defects related to radiation poisoning.

Merida Industry Co., Ltd (MIC) is a Taiwan-based bicycle design, manufacture, and sales company with R&D headquarters in Germany. It was started in 1972 by Ike Tseng.

Merida is a global player in bicycle design and manufacturing, making 2.2 million bicycles a year at five factories: one in Taiwan, three in China and one in Germany.

Merida produces mainly its own Merida-branded bikes, which are present in 77 countries around the world, or selected brands which it has a financial interest in, such as the the German brand Centurion.

Merida has been co-sponsor of the Multivan Merida Biking Team, with athletes such as Jose Hermida and Gunn-Rita Dahle Flesjå, and of bicycle racing events such as the TransUK and TransWales mountain bike races.Since 2004, the team has been scoring over 30 World Cup wins as well as Olympic gold and silver medals.

In 2013 Merida became co-sponsors of the Pro-Tour Lampre-Merida road racing team and changed to Bahrain–Merida Pro Cycling Team in 2017.

We are very proud to be part of the Merida team!

© 2021 Bike for Peace. Created for free using WordPress and Colibri